Surely by this stage the disciples could not be unaware that they were involved in something momentous. They had seen firsthand the buildup of tension between Jesus and the authorities; they had seen Judas depart and must have suspected that he was up to no good; they had heard Jesus talk at length about leaving them. And yet they just went to sleep in the open, lying on the ground.

In Gethsemane the disciples, even the inner group of three whom He took further into the garden, went to sleep not once but three times. Dropping off once might be understandable, but three times in these circumstances! We know from experience how easy it is to slip from prayer into mental wanderings and even into sleep, especially if we are physically and emotionally exhausted. But this was one occasion when prayer was most definitely required.

This sharp rebuke by the Lord Jesus was well deserved, for His critics were challenging Him to prove His right to be heard by performing a miracle. But they had already been confronted with a tremendous body of evidence, both in their Scriptures and in the very life and teachings of Jesus (as well as in the miracles already wrought by Him) that He was their Messiah. They paid great attention to weather forecasting and other mundane matters while ignoring or rejecting the evidence that God Himself, in Christ, was in their midst.

Everyone who calls on the name of the Lord will be saved. Acts 2:21

The man seemed beyond redemption. His crimes included eight shootings (killing six) and starting nearly 1,500 fires that terrorized New York City in the 1970s. He left letters at his crime scenes taunting the police, and he was eventually apprehended and given consecutive sentences of twenty-five years to life for each murder.

Yet God reached down to this man. Today he is a believer in Christ who spends time daily in the Scriptures, has expressed deep regret to his victims’ families, and continues to pray for them. Although imprisoned for more than four decades, this man who seemed beyond redemption finds hope in God and claims, “My freedom is found in one word: Jesus.”

Scripture tells of another unlikely conversion. Before he met the risen Christ on the road to Damascus, Saul (who later became the apostle Paul)… 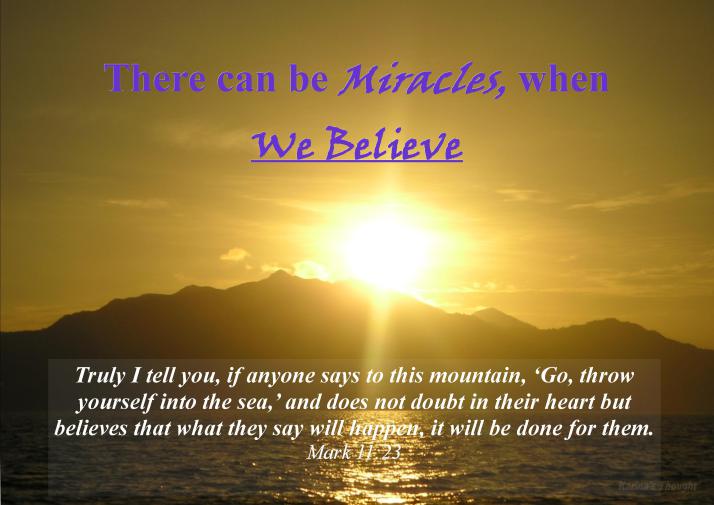 On the third day a wedding took place at Cana in Galilee. Jesus’ mother was there, and Jesus and his disciples had also been invited to the wedding. When the wine was gone, Jesus’ mother said to him, “They have no more wine.” “Woman,why do you involve me?” Jesus replied. “My hour has not yet come.” His mother said to the servants, “Do whatever he tells you.”  Nearby stood six stone water jars, the kind used by the Jews for ceremonial washing, each holding from twenty to thirty gallons. Jesus said to the servants, “Fill the jars with water”; so they filled them to the brim. Then he told them, “Now draw some out and take it to the master of the banquet.”They did so, and the master of the banquet tasted the water that had been turned into wine. He…

This is a very common word in Scripture, but it is significant that its first occurrence is in Genesis 3:24, referring to “the way of the tree of life.” Once expelled from the garden of Eden because of their rebellion, Adam and Eve no longer could travel that “way” of life and began to die.

The equivalent Greek word in the New Testament is hodos, also meaning “road,” and it too occurs quite frequently. Its literal meaning—that of an actual…

Let your light so shine before men, that they may see your good works and glorify your Father in heaven.  Matthew 5:16

It’s probably the most-frequently used reference in modern American politics—the reference to America as a “city upon a hill.” Presidents Kennedy, Reagan, and Obama all quoted it, as well as many other leaders. It’s a reference to the words of the Puritan John Winthrop based on Jesus’ words in the Sermon on the Mount (Matthew 5:14-16).