The Pentagon has asked Congress to spare selected projects from a federal budget freeze, and one important job for Newport News Shipbuilding has made the cut. 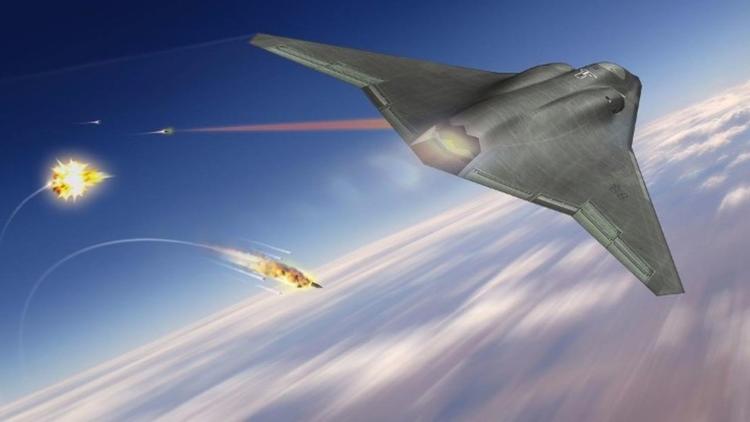 A new fleet of ballistic missile submarines is the Navy’s top priority, and the shipyard’s share of that work will mean expansion and additional jobs. But the program will run into problems if Congress decides to maintain federal spending at 2016 levels into the spring, according to the Pentagon.

So lawmakers are being asked to approve a small list of proposed exceptions, or “anomalies,” as they consider a continuing resolution at least through March 2017. The submarines are on the list.The new boats would replace the Navy’s aging Ohio-class subs, providing a significant upgrade to the undersea leg of U.S. nuclear deterrence.

Without this anomaly, design work could not begin in January 2017 as scheduled, and the production line, delivery schedules, and potentially the cost of the program would be affected,” states the memo, a copy of which was obtained by the Daily Press.

General Dynamics Electric Boat in Groton, Conn., is the lead contractor on the program. The Newport News shipyard, a division of Huntington Ingalls Industries, is expected to perform about 22 percent of the work. Newport News also will pick up a greater share of the Virginia-class submarine program, which it currently splits 50-50 with EB.Congress is putting federal spending on autopilot through March to give the incoming administration of President-elect Donald Trump a voice in the budget process.Shipyard exec: Reorganization means more transparencyBut not every defense project could make the short list of proposed exceptions, and Virginia’s two senators say aircraft carrier funding deserves special attention, too.The Newport News yard is the exclusive designer and builder of nuclear-powered aircraft carriers for the Navy. A budget freeze through March would delay advance work and threaten the schedule for the future USS Enterprise, the third Ford-class carrier, Sens. Mark R. Warner and Tim Kaine said in a letter released Tuesday.Construction on the Enterprise is expected to begin in 2018 with delivery to the Navy in 2027. The new Enterprise will eventually replace the USS Dwight D. Eisenhower.Warner and Kaine had also requested protection for the new submarines.Back in March, shipyard President Matt Mulherin said the new submarine program would ultimately mean 1,000 new jobs, boosting the fortunes of Virginia’s largest industrial employer.The company has embarked on an ambitious expansion in its North Yard, adding large buildings and costly equipment in anticipation of the work. The investment tops $700 million, and has financial support from Newport News City Council and the General Assembly.

An Iranian Revolutionary Guard Corps vessel trained a weapon on a Norfolk-based Navy helicopter in the Strait of Hormuz over the weekend, the Navy said Tuesday, adding one more incident to a spate of volleys between U.S. and Iranian forces in the region’s international waters.

The MH-60R Seahawk, assigned to the Helicopter Sea Combat Squadron Seven “Dusty Dogs,” was escorting the aircraft carrier USS Dwight D. Eisenhower during a routine transit Saturday when it flew within a half nautical mile of two Iranian fast-attack boats, said Cmdr. Bill Urban, U.S. Naval Forces Central Command spokesman.One of the Iranian crew members loaded and trained a boat-mounted weapon on the Navy aircraft, Urban said. No warning shots were fired and no communication was established between the U.S. and Iranian crews, and the U.S. crew did not report feeling threatened by the incident, he added.Naval Forces Central Command called the Iranians’ use of its weapon “unsafe and unprofessional.”Urban described the distance between the helicopter and the Iranian boats as a “safe range.” The Iranian vessels were about 5 nautical miles from the Ike, he added.

“That’s not like we’re marking on top or acting provocatively,” Urban said of the helicopter crew.On Tuesday, an unidentified Iranian Revolutionary Guard official dismissed the U.S.’s assertions as part of a fictitious propaganda campaign, the Tasnim News Agency reported.

One in 10 interactions between U.S. and Iranian naval forces are considered unsafe or unprofessional by the Navy’s 5th Fleet, which covers the Middle East. Incidents between the two countries appeared to escalate this summer.In August, the Navy reported several back-to-back encounters that it considered harassment, including one in which Iranian boats approached the guided missile destroyer USS Nitze in the Strait of Hormuz at high speed while it conducted a routine transit with the USS Mason. Both destroyers are Norfolk-based.Army Gen. Joseph Votel, commander of U.S. Central Command, has said he suspected Iran played a role in October missile attacks on the Mason and the Norfolk-based amphibious transport dock USS San Antonio as both transited the Red Sea off the coast of Yemen. Neither vessel was hit, and the attacks appeared to originate from Houthi rebel-controlled regions of the country, which is mired in a civil war. Iran has supported the Houthis.

Black Friday, a day of commercial consumerism. The lines are wrapped around the buildings waiting for the deals of a lifetime. While you might think most consumers are out there waiting for the latest new toy or the biggest TV, many buyers on Black Friday are buying something totally different.Black Friday is apparently the day to buy guns. Lots of guns!

According to the FBI spokesman Stephen Fischer, Black Friday shattered the single-day record for gun sales – with 185,713 background checks processed in a 24 hour period.  Fischer told Business Insider that nearly 400 more transactions were processed on Black Friday than in 2015. Black Friday has predominately been the biggest day of the year for gun sales. Buyers can’t resist the temptation of the deep discounts. Gun ownership still remains a hot topic politically. While many breathed a sigh of relief that a Democrat will not be in the White House, many remain concerned about the potential loss of their Second Amendment rights.As expected, gun sales skyrocket whenever Washington takes an anti-gun approach or states propose a law to make it harder for gun owners to purchase. Gunmaker Sturm, Ruger & Co. claimed in its third-quarter earnings statement that demand for guns was stronger than usual during the summer, likely caused by election-related rhetoric.The number breaks down to slightly more than two background checks per second, or enough firearms to arm each of the 182,000 active duty members of the United States Marine Corps. Semper Fi! Those numbers ignore the 20 states that allow millions of licensed concealed carriers to forego background checks on each purchase, in compliance with ATF guidelines. Also, more than one firearm can be purchased on a single background check. That means the number of firearms purchased on Black Friday is likely more than 200,000.And that’s freaking awesome.

Not my favorite news source.

The United States’ Pentagon made a statement on Tuesday saying that intelligence errors resulted in a U.S.-led coalition air strike in Syria in September that reportedly killed around 90 Syrian regime forces.There were “errors in the development of intelligence, as well as missed opportunities for coalition members on duty to recognize and voice contrary evidence to decision makers,” the US military’s Central Command said in a statement following a six-week probe into the September 17 attack near Deir Ezzor, AFP reported.

The US-led coalition is focused on attacking the ultra-hardline ISIS terror in Syria and Iraq and does not want to get involved in Syria’s brutal civil war.Australian, Danish, British and American planes all took part in the air strike, which the Syrian Observatory for Human Rights monitoring group has said killed at least 90 regime troops.Brigadier General Richard Coe, who investigated the case, told reporters that each of the four countries “did employ weapons,” dropping a total of 34 guided bombs and firing 380 rounds of 30-mm ammunition.The targets struck included “defensive fighting positions,” vehicles, tents, tunnels and people — all of which were thought to be legitimate ISIS targets, he added.The Pentagon said it had only been able to conclusively count 15 deaths, but acknowledged the toll was possibly much higher.“In this incident, we made an unintentional, regrettable error primarily based on human factors in several areas in the targeting process,” Coe said.

OSU attack was islam — It isn’t Islamophobia when they really are trying to KILL US!

The incidents caught the attention of president-elect Donald Trump while he was on the campaign trail before November’s election, leading him to issue a threat to Iran, Reuters noted.

“When they circle our beautiful destroyers with their little boats and they make gestures at our people that they shouldn’t be allowed to make, they will be shot out of the water,” Trump said at the time, according to Reuters.

The Strait of Hormuz, which connects the Persian Gulf with the Gulf of Oman, is a critical commercial shipping area with 20 percent of the world’s oil moving through the two-mile wide lane via tanker, according to National Geographic.

President-elect Donald Trump on Friday chose Washington insider Donald McGahn to be his White House counsel, giving him the job of untangling potential conflicts of interest that the New York businessman’s presidency may present. 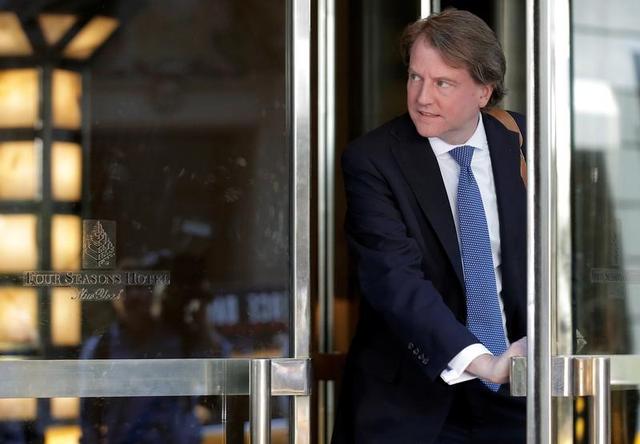 I would add Canada to the last line.

First Sunday of AdventReading 1 Is 2:1-5This is what Isaiah, son of Amoz,saw concerning Judah and Jerusalem.

In days to come,the mountain of the LORD’s houseshall be established as the highest mountainand raised above the hills.All nations shall stream toward it;many peoples shall come and say:“Come, let us climb the LORD’s mountain,to the house of the God of Jacob,that he may instruct us in his ways,and we may walk in his paths.”For from Zion shall go forth instruction,and the word of the LORD from Jerusalem.He shall judge between the nations,and impose terms on many peoples.They shall beat their swords into plowsharesand their spears into pruning hooks;one nation shall not raise the sword against another,nor shall they train for war again.O house of Jacob, come,let us walk in the light of the Lord!The word advent is derived from the Latin word for coming. During this season churches emphasize the history of God’s people, painting a backdrop against the birth of the Christ child, the fulfillment of the prophesies and promises foretold in the Old Testament scriptures. There is a duality about the season. While we joyously anticipate the birth of Mary’s baby, the Incarnate Son Of God, we are reminded by the readings and traditions of the season that we also prepare for and anticipate the return of the Lord in his glory.We wish you the most joyous of holiday seasons, and hope that you and your loved ones find time to share the true meaning and spirit of the holiday season.

Source: The First Sunday Of Advent

What’s the best way to determine how much each President contributed to the $19.8 trillion U.S. debt? The most popular method is to start with the debt level when each President took office. It’s easier to look at a graph showing the percent of the debt accumulated under each President. It’s also important to compare the debt as a percent of economic output.But these aren’t accurate ways to measure the debt created by each President.Why? The President doesn’t have much control over the debt added during his first year in office. That’s because the budget for that fiscal year was already set by the previous President.For example, President Bush took office in January 2001. He submitted his first budget in February. But that was for FY 2002  which didn’t begin until October 1. For the first nine months of his new term, Bush had to live with President Clinton’s last budget. That was FY 2001, which continued until September 30, 2001. It’s why no new President is accountable for the budget deficit  in his first year in office. It was created by his predecessor.Yes, it’s confusing. But the Federal fiscal year is set up that way to give the new President time to put together his budget during his first month in office. For more, see Federal Budget Process.

Source: US Debt by President: By Dollar and Percent