The retired aircraft carrier USS Enterprise (CVN 65) is moved by tugboats away from the pier at Naval Station Norfolk in Virginia, June 20, 2013. Enterprise departed Norfolk for Newport News Shipyard, where she will complete the second half of her dismantling prior to the scheduled commissioning of the aircraft carrier USS Enterprise (CVN 80). (U.S. Navy photo by Mass Communication Specialist Seaman Scott Barnes/Released)

Disposing of the world’s first nuclear-powered aircraft carrier is turning out to be more of a challenge than the Navy bargained for.

Officials from Naval Sea Systems Command announced today that they’re canceling a request for proposal to perform a commercial recycling of the non-nuclear elements of the USS Enterprise, CVN 65, which was decommissioned after 55 years of service Feb. 3.

“The Navy has identified that it requires more information to determine the approach for the disposal of CVN 65, including the reactor plans, that is more technically executable, environmentally responsible and is an effective utilization of Navy resources,” a spokesman for NAVSEA, William Couch, said in an announcement today.

No decision has been made on a better approach to dismantle and dispose of the Enterprise, according to the announcement. For now, the history-making carrier is completing an “inactivation availability” at Newport News Shipbuilding until Aug. 2017. Following that, the Enterprise is set to enter temporary storage until the Navy can decide how to dispose of it. A storage location for the 1,122-foot-long, 94,780-ton ship has yet to be determined.

According to  NAVSEA, three possible options remain on the table for disposing of the Enterprise. The Navy could conduct commercial recycling of the ship’s non-nuclear portions and seal up its reactor compartments at Puget Sound Naval Shipyard and Intermediate Maintenance Facility in Bremerton, Washington; it could complete commercial recycling of the whole ship, dismantling the carrier’s eight reactor plants; or it could simply defer the disposal decision, placing the Enterprise in intermediate-term storage for “a limited number of years.”

As the Virginian-Pilot reported in October, the Navy has been trying to figure out what to do with the hulking Enterprise since 2012. The initial plan had the ship being towed to the Puget Sound facility, where the reactors would be removed and disposed of in a trench designed for the purpose and the rest of the ship would be recycled.

But in 2014, Navy officials realized the carrier was so large that recycling it at Puget Sound was going to disrupt the shipyard’s ability to do other work, the Virginian-Pilot reported. From there the service focused on commercial recycling, soliciting bids to dismantle and recycle the ship and isolate and seal the reactors.

An environmental impact statement for each remaining option, along with public meetings, will help the Navy determine the effect of each option on the environment and local community and a way forward for disposal of the Enterprise

“The Navy is taking these steps to ensure CVN 65 is recycled in a cost-effective and environmentally responsible manner,” Couch said in a statement. “Given the complexities of the issues involved in recycling CVN 65, the Navy remains committed to a fully open and public process for conducting the first-ever disposal of a nuclear-powered aircraft carrier.” 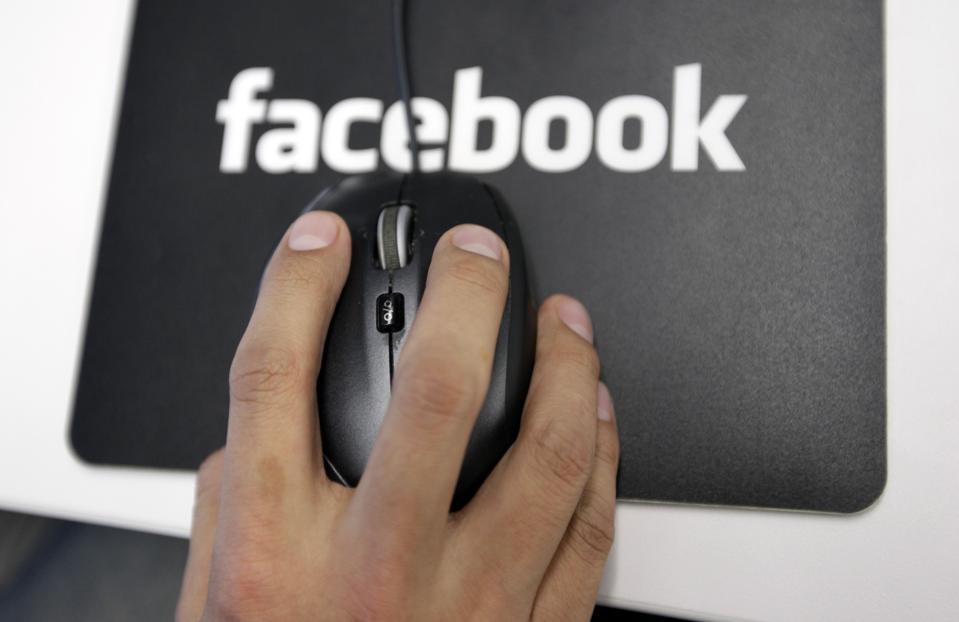 Not if you’re a sex offender in North Carolina, you don’t.  (AP Photo/Paul Sakuma, File)

A convicted sex offender may get his Facebook privileges back if arguments before the U.S. Supreme Court today are any indication.

The justices in Packingham v. North Carolina repeatedly asked questions suggesting they felt the North Carolina law that prohibited Lester G. Packingham from using Facebook is too broad to survive challenge under the First Amendment. That law prohibits anyone convicted of a sex crime, regardless of whether it involved a minor, from using social networking sites that allow them to look up information about other people and contact them over the Internet.

“The point is these people are being cut off from a very large part of the marketplace of ideas,” Justice Ruth Bader Ginsburg told attorney Robert Montgomery, arguing for North Carolina. “And the First Amendment includes not only the right to speak, but the right to receive information.”

Justice Elena Kagan asked Montgomery if Packingham would be prohibited from going on the President Trump’s Twitter account “to find out what the President is saying today?”

There is some good news in Raleigh these days for teachers. The state’s top political figures are currently arguing about who is more committed to raising teacher pay in the next few years.

Well one side is arguing anyway — and childishly at that.

It’s not Gov. Roy Cooper, who last week released a straightforward proposal to raise teacher pay to the national average in five years beginning with a five-percent increase each of the next two years.

Republican leaders, instead of applauding Cooper’s proposal or saying they look forward to working with him to improve public schools or even reserving judgment until they saw the details of the plan, took cheap partisan shots.

Berger and other Republicans like to bring up the pay freezes but never mention that North Carolina, like the rest of the nation, was mired in the Great Recession at the time, and thanks to federal stimulus money and a tax increase avoided layoffs or even closing schools temporarily.

Berger and his fellow Republicans opposed both the stimulus plan and the tax hike at the time. Things would have been much worse for teachers and schools if they had prevailed.

It is also worth remembering that many Republicans and their ideological supporters spent many years complaining about investments in “government monopoly schools” and criticizing teachers for not working hard and having summers off.

During the 2013 legislative session, with Republicans in control of the House and Senate and Republican Gov. Pat McCrory in office, and despite a recovering economy, House and Senate leaders slashed more than 5,000 teaching jobs and more than 3,000 teacher assistant positions and didn’t give teachers a raise.

They decided instead to give massive tax cuts to corporations and the wealthy.

That left the state ranked 46th in teacher salaries and even closer to the bottom in per-pupil spending, and prompted widespread outrage from teachers and school officials and parents — Republicans and Democrats alike.

Republicans finally realized their woeful underfunding of public education was wildly unpopular with voters, so they started raising teacher pay in the last few years, though the state still ranks 41st in the country and the average salary remains lower than in every state that borders North Carolina.

Per-pupil spending is still 44th in the nation, and funding for textbooks and supplies and teacher assistants remains well below pre-recession levels. Pay for principals ranks 50th.

But the tax cuts have kept coming, and the reductions since 2013 will soon cost the state $2 billion a year. That’s a lot of books and TAs and pay raises.

There is talk of still more tax cuts this year, and the corporate income tax just went down again thanks to a trigger put in the law.

But at least legislative leaders agree that teachers deserve higher pay and maybe once they get all of the petty partisan press releases out of their system they can work with Cooper to get teacher salaries to the national average, which he has been advocating for years. And while the national average is an important measuring stick, it shouldn’t be the final goal. Students in North Carolina deserve teachers that earn more than their counterparts in the average state.

But teacher pay alone is not enough. Teachers and schools need more investments across the board, in supplies, schools nurses, smaller classes, teacher assistants, counselors and other support for students and parents. Just getting back to pre-recession levels would be a start.

DESCRIPTION: A troubled young man’s broken faith in God becomes strengthened by a young girl whose tragedy leads her to discover her only true Source of joy and peace.

always had a lasting effect

on the people who went through it.”1

And thus ends Chapter 7 of Stand Tall by Joan Bauer, one of my favorite authors.  The book is about a boy named Tree, whose parents get a divorce right as his Vietnam veteran grandfather gets released from the hospital. I reread the book the same day I first read it because I had to write down some of the quotes that stuck out to me.

Since my parents got divorced when I was seven years old, that one in particular stuck out.

No one who hasn’t lived in a divorced home can fully understand how complicated life is in one. Everyone with experience in one has, at one point in time, stood in Tree’s shoes:

He wished life could be simple like a laser pen – 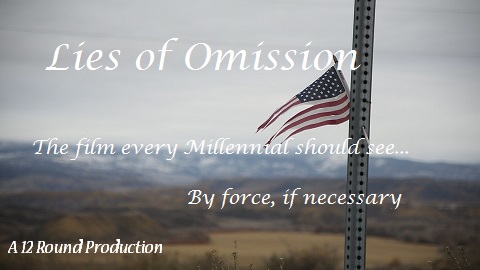 This nation is at a crossroads. There are many indications that there is a significant push by Marxists to step out of the shadows and claim title to our institutions, pushing the idea of capitalism out of the public square the same way they pushed God out of the schools. Swirling in the air of social media is the idea that to resist capitalism is to resist all of the ills of society, as if capitalism caused them. Unfortunately, this shows a determined lack of intelligence, reinforced by Marxist professors. Here’s what I know: no one is telling the story, no one is standing up for the America we should have. Republicans use the Constitution to get elected to continue the Ponzi scheme of government programs. Democrats want to replace the electorate in order to get the election results they want to in turn continue the Ponzi scheme of government programs. None of them will ever have a reason to look backward at individual freedom as anything other than a threat to their power.We elected Donald Trump, because he was neither of them and we all knew that.

Wilbur Ross as Commerce Secretary will have the lead position in renegotiating trade deals including NAFTA.   When candidate Trump said “we have some real killers for negotiators, we just nev…

Poland Lady to Muslims, Jesus is King, now get out!

The commander of a U.S. aircraft carrier strike group conducting missions against Daesh has described to Anadolu Agency the importance of Turkey’s involvement in fighting the terrorist group in Syria and northern Iraq.

Speaking onboard the USS H.W. Bush aircraft carrier on Monday, Rear Admiral Kenneth Whitesell said: “We can’t do this now without Turkey’s cooperation and friendship. You are very important for us to be able to do our mission.”

He described the ties between the two countries as a “very good relationship, a very friendly relationship”.

Whitesell said their role in the Mediterranean was to conduct strike operations on Daesh targets in Syria and northern Iraq as part of Operation Inherent Resolve.

“So that’s what we are doing and we have been doing this for about eight days now and we got a couple more weeks to go before we go into another theater of operations,” he said.

Whitesell said his forces flew about eight to nine sorties a day but are still awaiting information from the Combined Air Operations Center in Al-Udeid Air Base in Qatar on how many targets they had destroyed so far.

The USS George H.W. Bush, with the callsign “Avenger,” can carry 85 aircraft and helicopters, and has about 6,000 crew members.

Admiral Whitesell said the friendship between Turkey and U.S. — both NATO members — was based on mutual trust, adding that they could not carry out Operation Inherent Resolve without Ankara’s help.

“They [Turkey] are in charge of the procedural control of aircraft from the George H.W. Bush going through the northern route, Turkish air traffic control,” Whitesell said.

He added: “Turkey has been very accommodating. We have rules we have to go by before we are allowed to come into Turkey. We have been abiding by those rules.” http://aa.com.tr/en/americas/us-admiral-praises-turkeys-role-in-fighting-daesh/760311