Jenna Bradley and Robert Cornett found a canoe believed to be made by the Caddo Nation that has been excavated from the bank of the Red River. An ancient Native American canoe that is between 800 to 1,500 years old was unearthed recently in the bank of the Red River in Louisiana.The canoe was found half-buried on a steep riverbank and was carved from a single tree trunk. It is 33-and-a-half feet long, about two-feet wide, and two-feet high. It’s likely made of Cypress, although the wood hasn’t been identified yet, WGNO reported.
https://freenorthcarolina.blogspot.com/2017/06/ancient-native-american-canoe-hundreds.html?utm_source=feedburner&utm_medium=email&utm_campaign=Feed:+blogspot/ZUzRG+(Free+North+Carolina)

Each year in September, Pettigrew State Park celebrates Indian Heritage Week with a series of displays of Native American artifacts and demonstrations of their customs in honor of the original inhabitants of our state. This celebration at the park is possible because of the recovery of a remarkable set of Indian artifacts at Lake Phelps.

In the spring of 1985, an extensive forest fire in the vicinity of Lake Phelps was fought with water pumped from the lake, resulting in a lowered water level – much below what had been the normal level for some time. Dry weather during the remainder of that year and in succeeding years kept the lake level below normal.

In the fall of 1985, fishermen began reporting artifacts that were now visible on the lake bottom through the shallow, crystal clear water. A number of these, including partial and whole clay pots and stone objects, were collected and deposited at Pettigrew State Park. Artifact collection continued and in November of 1985, the first of a number of dugout canoes was discovered by park personnel. It was that discovery, along with the unusually well preserved artifacts, that focused attention on the archaeological potential of Lake Phelps and initiated a cooperative research project with the goal of understanding the secrets of Lake Phelps’ past cultures. The on-going research program is a joint effort by the North Carolina Division of Parks and Recreation, East Carolina University, and the North Carolina Division of Archives and History.

There is a mosque (hotel) in Asheboro  Who is monitoring it?

after Justin Sullivan was sentenced to life in prison for planning to commit mass murder in support of the Islamic State, U.S. Attorney Jill Rose of Charlotte confirmed that investigations of other suspected ISIS sympathizers continue in North Carolina.A domestic-terrorism expert told the Observer this week that the North Carolina probes are among some 1,000 active FBI investigations into ISIS-related threats encompassing all 50 states.One case involves a 29-year-old Waxhaw man accused of lying to the FBI when he denied he told someone he planned to fly to Syria to fight with ISIS while helping others get there to do the same, according to a bill of indictment unsealed Thursday in U.S. District Court in Charlotte.

According to an Iraqi politician, a Yazidi sex slave was unknowingly fed her murdered and cooked one-year-old son after being starved and tortured by her barbaric ISIS captors.During a TV interview with Egypt’s Extra News on Monday, Vian Dakhil, the only Yazidi member of the Iraqi parliament, described the devastating report.“One of the women whom we managed to retrieve from ISIS said that she was held in a cellar for three days without food or water,” she said.“Afterwards, they brought her a plate of rice and meat. She ate the food because she was very hungry,” Dakhil continued, according to a translation by Middle East Media Research Institute.“When she was finished they said to her: ‘We cooked your 1-year-old son that we took from you, and this is what you just ate.'” 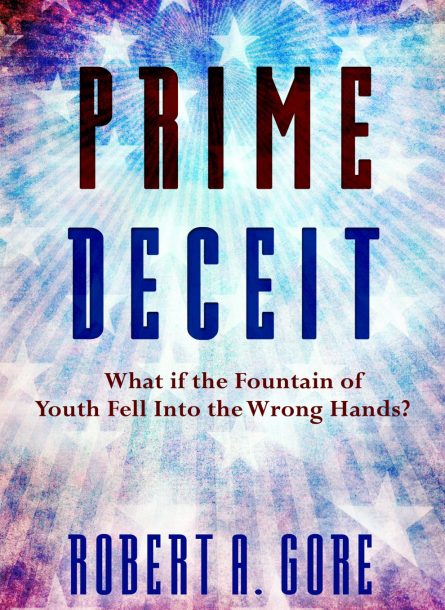 Welcome To The Resistance!

For Father’s Day I ordered myself a new Spike’s Tactical lower receiver. It is for a new build that I am planning and has an image engraved that I particularly liked: 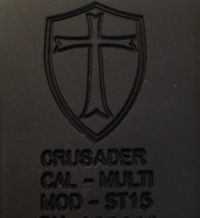 Well, the lower finally came in and I was eager to pick it up. Wonderful Wife suggested I get some range time in too. I sure do love that woman but I suspect it may have had more to do with her wanting to go shopping for the grand kids than me getting some time on the range. Regardless of the motivation behind it I was eager to get back to the range especially after the challenges I had last time out.

First and most importantly, whatever was affecting my shooting last time out seems to have been resolved. No idea what was causing my inaccuracy last time out but I was able to tear the “X” ring out…

The real US goal in Syria has never been to fight Islamic extremists, it has been to depose Bashar al-Assad. In furtherance of that goal, rather than fight the extremists, the US has armed them. From Gareth Porter at americanconservative.com:

Three-term Congresswoman Tulsi Gabbard of Hawaii, a member of both the Armed Services and Foreign Affairs committees, has proposed legislation that would prohibit any U.S. assistance to terrorist organizations in Syria as well as to any organization working directly with them. Equally important, it would prohibit U.S. military sales and other forms of military cooperation with other countries that provide arms or financing to those terrorists and their collaborators.

Gabbard’s “Stop Arming Terrorists Act” challenges for the first time in Congress a U.S. policy toward the conflict in the Syrian civil war that should have set off alarm bells long ago: in 2012-13 the Obama administration helped its Sunni allies…

There are jobs out there for those who know things that are useful to employers. From Tyler Durden at zerohedge.com:

Americans who are hoping to avoid the shackles of student debt and proceed straight from high school into the workforce have more options for well-paid gainful employment than they might think. Even as the ROI on college degrees continues to decline, employers in certain blue-collar industries are struggling to fill management jobs that pay as much, or more, than jobs that require a college degree.

One such employer, 84 Lumber Co, is spending millions on advertising to spread its message that a management-track job at one of its stores can be more valuable than a college degree. The company pays trainees $40,000 a year, but employees in charge of top-grossing stores can earn as much as $200,000 a year. And some of those stores, managers earn more than $1 million…