An ambitious, slightly rebellious idealistic teacher (Who Happens to be White) accepts Bennington county, SC’s school board superintendent’s offer to teach the all-black kids of the pauper fishery. In the process lives are changed forever.

The dog days of August will soon be upon us, and with them, millions of happy, skipping, playing children will soon be off to their local Amairukuhn public edgykayshun screwl where they will listen attentively to their facilitators who will facilitate the osmotic absorption of sensitivity and higher consciousness and politically correct attitudes, and use learn how to invent gender neutral pronouns as they fill their text messages with endless abbreviations obfuscating and ruining any chance of real communication. Then Pavlov’s bell will ring, the children will salivate, and run out to bury their faces in their ipads, conduct no social interaction with each…

But do those in Venezuela have the will? It is now not just their right, but their duty to overthrow the tyrant. The law with no moral authority whatsoever will dictate a path that the bureaucracy must follow.  Mindless bureaucrats will legislate from their offices, all under the guise of law. The police and the military will kill ,imprison and torture those who do not submit.   But history calls upon the people of Venezuela to meet this threat with the fortitude of people who demand freedom.  Blood for blood. When the law is corrupt, there is no law and they should act accordingly.  Pay attention to what actually transpires. It may be coming soon to a theater near you. 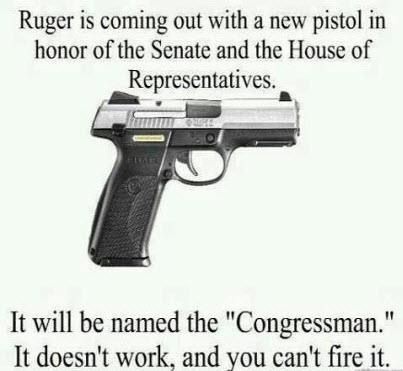 Now, even the Washington Post admits it. From Ed Rogers at washingtonpost.com:

While everyone is fixated on President Trump’s unbecoming and inexplicable assault on Attorney General Jeff Sessions, the media has been trying to sneak away from the “Russian collusion” story. That’s right. For all the breathless hype, the on-air furrowed brows and the not-so-veiled hopes that this could be Watergate, Jared Kushner’s statement and testimony before Congress have made Democrats and many in the media come to the realization that the collusion they were counting on just isn’t there.

As the date of the Kushner testimony approached, the media thought it was going to advance and refresh the story. But Kushner’s clear, precise and convincing account of what really occurred during the campaign and after the election has left many of President Trump’s loudest enemies trying to quietly back out of the room unnoticed.

Wells Fargo once again finds itself in major trouble. From Wolf Richter at wolfstreet.com:

Wells Fargo — “a community-based financial services company,” as it says — revealed late Thursday, after it learned that The New Timeswould blow its cover, that it  had wrongfully charged 570,000 of its auto-loan customers for comprehensive and physical damage insurance (CPI) since 2012 though they already had their own insurance.

“In response to customer concerns,” Wells Fargo became aware of this issue in July 2016. It initiated a review of the “CPI program” — as it calls this profit center — “and related third-party vendor practices,” namely those of the insurance supplier National General. In September 2016, “based on the initial findings,” it scuttled its “CPI program.” It then hired a consulting firm to figure out what was going on.

The consequences were profound. The added insurance…

Love the article – it puts into words so much of what I have thought.
Thanks for sharing! I will be sharing 🙂

Everyone is always chasing the greatest and latest. But sometimes, when things are built in America – with passion, quality and determination, for a purpose sometimes bigger than us all – they are built to last, and they do last. Here are the 11 longest-serving military weapons still in the U.S. inventory. UH-1 These include: Weapons like the M2, a .50-caliber heavy machine gun that fires rounds at 2,910 feet per second. The B-52 Stratofortress bomber, from 1954, that still carries up to 70,000 pounds of ordnance on flights up to 9,000 nautical miles. This aircraft, along with the C-130 Hercules from 1954, the first KC-135 that took to the air in August 1956, and the still high-flying U-2 from 1956, form a group of unique still-in-service aircraft from more than 60 years ago. The M14 (1957) and the M72 LAW (1963) are still being to good use, albeit in…