“Nay but, O man, who art thou that repliest against God? Shall the thing formed say to him that formed it, Why hast thou made me thus?” (Romans 9:20)

In this scientific age, it is essential for us to remember that “science” can never answer any question beginning with “why.” Scientific research seeks to answer questions of “what” and “how,” and sometimes “where” and “when,” but it can never deal with “why” questions. Such questions require a moral or theological answer.

Probably the most vexing of all such questions is: “Why do the righteous suffer?” Or, put another way: “Why is there evil in a world created by a God who is good?” The question becomes especially poignant when personal calamity comes and we ask, “Why did this happen to me?”

Many think the book of Job was written to answer such questions, for Job was one of the most…

You see that a person is considered righteous by what they do and not by faith alone. James 2:24

A small church in Southern California recognized an opportunity to express God’s love in a practical way. Believers in Jesus gathered at a local laundromat to give back to their community by washing clothes for those in financial need. They cleaned and folded clothes together, and sometimes provided a hot meal or bags of groceries for recipients.

One volunteer discovered the greatest reward was in the “actual contact with people . . . hearing their stories.” Because of their relationship with Jesus, these volunteers wanted to live out their faith through loving words and actions that helped them nurture genuine relationships with others.

The apostle James affirms that every act of a professing believer’s loving service is a result of genuine faith. He states that “faith by itself, if it is not… 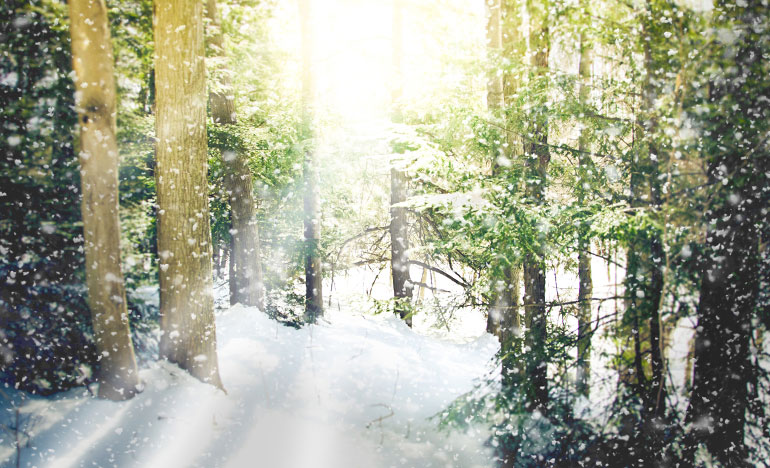 If we walk in the light as He is in the light…the blood of Jesus Christ His Son cleanses us from all sin. —1 John 1:7

To mistake freedom from sin only on the conscious level of our lives for complete deliverance from sin by the atonement through the Cross of Christ is a great error. No one fully knows what sin is until he is born again. Sin is what Jesus Christ faced at Calvary. The evidence that I have been delivered from sin is that I know the real nature of sin in me. For a person to really know what sin is requires the full work and deep touch of the atonement of Jesus Christ, that is, the imparting of His absolute perfection.

A week after President John F. Kennedy was assassinated in Dallas, Texas, on November 22, 1963, his successor, Lyndon Johnson (1908-1973), established a commission to investigate Kennedy’s death.

A man with too much on his mind?

Warren (1891-1974), concluded that alleged gunman Lee Harvey Oswald (1939-1963) had acted alone in assassinating America’s 35th president and that there was no conspiracy, either domestic or international, involved.

What Does the Zapruder Film Really Tell Us?

It’s been called the most important 26 seconds of film in history: The 486 frames of 8-millimeter Bell + Howell home movie footage shot in the midday sun of Dallas on November 22, 1963, by a dressmaker named Abraham Zapruder.

Twenty-six seconds that included a historic, horrific, all-too-clear vision of a presidential assassination.

Most people vaguely know about the Zapruder film, but it will soon become omnipresent as the 50th anniversary…

Abraham had been “walking” in the land of Canaan nearly 25 years when God gave this command to him. He had experienced the shameful rebuke in Egypt by Pharaoh and a marvelous victory against Chedorlaomer—and then had demonstrated both humility and obedience before Melchizedek.

God had been explicit in His promises to Abraham, but the promised heir had not yet come. Now, in spite of the awful lapse of faith with Hagar and the nagging burden of Ishmael, God insisted that Abraham “walk before” Him and “be perfect.”

The Hebrew language here is unusual. The word translated “before me” is panyim, basically meaning “the face.” This is the term used in the first commandment where we are told to “have no other gods before me” (Exodus 20:3).

Direct my footsteps according to your word; let no sin rule over me. Psalm 119:133

At the BBC in London, Paul Arnold’s first broadcasting job was making “walking sounds” in radio dramas. While actors read from scripts during a walking scene, Paul as stage manager made corresponding sounds with his feet—careful to match his pace to the actor’s voice and spoken lines. The key challenge, he explained, was yielding to the actor in the story, “so the two of us were working together.”

A divine version of such cooperation was sought by the author of Psalm 119, which emphasizes living by the precepts of God’s Word. As Psalm 119:1 says, “Blessed are those whose ways are blameless, who walk according to the law of the Lord.” Led this way by God and following His instructions, we can remain pure (v. 9), overcome scorn (v. 22), and escape greed (v. 36). He will enable us…

Then Caleb quieted the people before Moses, and said, “Let us go up at once and take possession, for we are well able to overcome it.” Numbers 13:30

When Moses sent twelve men into Canaan to do reconnaissance—to learn about the land and its inhabitants—the men returned with different perspectives. Ten of the men told Moses the land was unconquerable; there were giants in the land and their cities were impregnable. But two men—Joshua and Caleb—had…

“And the LORD God planted a garden eastward in Eden; and there he put the man whom he had formed.” (Genesis 2:8)

This was the world’s first garden, and it must have been a beautiful garden, for God had planted it Himself. Every tree was “pleasant to the sight”; there was a lovely river “to water the garden” (Genesis 2:9-10), and God was there.

Then one day God was “walking in the garden” only to find that “Adam and his wife hid themselves from the presence of the LORD God amongst the trees of the garden” (Genesis 3:8). Sin had entered, and Adam and Eve had to be cast out, leaving God alone in the garden (Genesis 3:23).

Many years later, God entered another garden with His loved ones. “He went forth with his disciples over the brook Cedron, where was a garden, into the which he entered, and his…

It is by grace you have been saved, through faith—and this is not from yourselves, it is the gift of God. Ephesians 2:8

In The Call of Service, author Robert Coles, exploring our reasons for serving, tells the moving story of an older woman’s service to others. As a bus driver, she showed great care toward the children she drove to school each day—quizzing them on homework and celebrating their successes. “I want to see these kids make it in life,” she said of her motivation. But there was another reason too.

As a youth, the words of an aunt had shaken this woman to the core. “She’d tell us that we had to do something God would notice,” she told Coles, “or else we’d get lost in the big shuffle!” Worried at the prospect of hell after the “big shuffle” of judgment, this woman had devised ways to…

Yet in all these things we are more than conquerors through Him who loved us. Romans 8:37

During the American Revolution, the Continental Army under George Washington made an almost miraculous retreat from Brooklyn across Manhattan, but they were badly outnumbered by the incoming British troops. “If every nerve is not strained to recruit a new army with all possible expedition,” Washington wrote to his brother, “I think the game is pretty nearly up…. You can form no idea of the perplexity of my situation. No man, I believe, ever had a greater choice of difficulties, and less means to extricate himself from them.” But Washington had a firm grip on the truth of the providence of God, and he didn’t give up.

If we have a firm grip on God’s sovereignty and providence, we’ll not give up. God created us to be victors, not to be losers. Paul exclaimed…