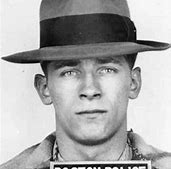 Gangland serial slayer James “Whitey” Bulger was killed shortly after being moved to a high-security federal prison in West Virginia, the Herald has confirmed.

Bulger, 89, was convicted in 2013 of being complicit in 11 murders in Massachusetts, Florida and Oklahoma.

His attorney, Hank Brennan, who tried to appeal Bulger’s life sentence all the way to the U.S. Supreme Court, declined comment pending notification by the Bureau of Prisons.

Bulger arrived at USP Hazelton yesterday. He was found unresponsive at 8:20 this morning, according to a statement from the Bureau of Prisons, which provided no other details.

BOP notified the FBI and Bulger’s death is now under investigation,

“No staff or inmates were injured, and at no time was the public in danger,” BOP stressed.