“New Castle police have confirmed a fire at the Clintons’ home in Chappaqua.

Police declined to give further details on the fire at 15 Old House Lane where Bill and Hillary Clinton have lived for nearly 20 years after buying it for $1.7 million in 1999.

But scanner reports said it was a bedroom fire and has been extinguished. “

You can guarantee that if there is a fire in a bedroom, Hillary sure as hell isn’t in it

DETROIT (AP) — A Detroit-area police officer who killed a motorist with three shots violated the man’s constitutional rights but still has immunity in a lawsuit over deadly force, a federal appeals court said.

In a 2-1 decision last week, the court said nothing appeared to justify the conduct of Ferndale officer Lowell Phillips at the end of a chase in 2010. Nonetheless, the court said a lawsuit by Laszlo Latits’ family must end.

The court said there was no case law, or legal precedent, at the time of the shooting that would help Latits’ family overcome governmental immunity in the case.

Latits was stopped by Ferndale police for a wrong turn. He subsequently drove off after officers suspected there were drugs in the car.

The chase eventually ended with police cars on three sides of Latits’ vehicle. With no one behind him, he slowly… “‘Hi. My name’s John Brennan. I’m the CIA Director who let the mullahs run a massive cocaine & money laundering ring in the USA and around the world. These days I make an asshat of myself on twitter, while awaiting indictment.’

When you pray, how do you approach God? Numerous Christians visualize a holy, righteous being and approach Him with feelings of fear, unworthiness, and reluctance. On the other hand, many believers picture the Lord as a pal and talk to Him with little reverence.

Neither approach is healthy. Our finite minds cannot fully grasp that God is both loving and holy. So let’s first look at the righteous, fear-provoking side of the Lord. If we consider the forces of nature that God created and the amazing miracles He has performed, it’s easier to visualize the incredible power around heaven’s throne.

The first-century temple contained the Holy of Holies, where God’s presence resided. Only the priest could enter—and just on specified days, after ritual cleansing and preparation. If he did not get himself ready exactly according to scriptural rules, he would be struck dead.

To be in the Lord’s… 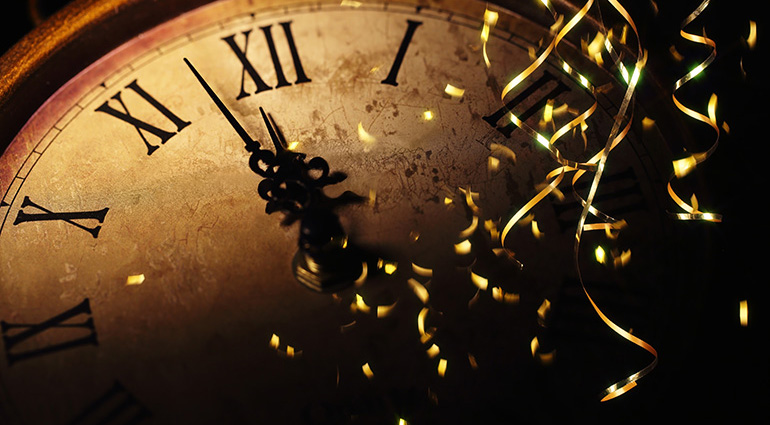 Everyone whose heart God had moved—prepared to go up and build the house of the Lord in Jerusalem. Ezra 1:5

After Christmas festivities conclude at the end of December, my thoughts often turn to the coming year. While my children are out of school and our daily rhythms are slow, I reflect on where the last year has brought me and where I hope the next will take me. Those reflections sometimes come with pain and regret over the mistakes I’ve made. Yet the prospect of starting a new year fills me with hope and expectancy. I feel I have the opportunity to begin again with a fresh start, no matter what the last year held.

My anticipation of a fresh start pales in comparison to the sense of hope the Israelites must have felt when Cyrus, the king of Persia, released them to return to their homeland in Judah after seventy… A dangerous expansion of presidential power has gone virtually unnoticed.

Trump’s supporters can’t believe their man’s primary motivation is acquiring power. Trump’s enemies, other than Senator Feinstein, can’t believe how good he is at it. Neither side will recognize the real danger until it’s too late. Legions of worrywarts fret that an erratic, captured Trump will go off half-cocked and press a nuclear button or do something else almost as stupidly devastating. What should worry them are the precise calculations and bloodless strategies of the most ruthlessly Machiavellian president since Franklin D. Roosevelt as he further consolidates and extends his power. Given present jurisprudence, nothing in the Constitution stands in his way.

Exhibit One would be President Trump’s Executive Order Blocking the Property of Persons Involved in Serious Human Rights Abuse or Corruption, dated December 20, 2017. Within various executive…

It is a common prepper mantra that redundancy is critical. Try not to ever rely on only one method to accomplish the critical. Fire making is a critical survival skill, and you should always have at least three methods on hand to start a fire.

A ferro rod should be in your survival kit along with other options such as lighters or matches. There are a lot of them out there. Sometimes you get them free as part of another item or set. Sometimes they are individually free-standing.  But they are everywhere in various sizes and grades of efficiency. When Survival Hax  asked if I would like to review theirs, I said sure. They import a number of reasonably priced but quality made survival item, and I have reviewed a number of their items before, all with good results. But I was wondering what could make a ferro rod fire…