No, the next time you need a cop, call this asshole or one of his buddies

Hero is a deed, not a color

“A former Baltimore police detective shared revealing testimony Wednesday about the crimes committed by members of an elite gun squad.

It’s the first time details of the corruption that went on were made public. Momodu Gondo pleaded guilty earlier this month to robbery and overtime fraud, and now he’s a government witness in a drug case.

Gondo, who is nicknamed “G-Money,” laid out in detail on Wednesday what members of the Gun Trace Task Force were really doing under the color of law.

In a clear, steady voice, Gondo described for a federal jury how…

Hillary and Bill Clinton may well spend their final years in prison.

SLL has run a series of articles (“Plot Holes,” “Trump and Vault 7,” “Calling a Bluff?” “Let’s Connect the Dots,” “Powerball, Part One,” “Powerball, Part Two”) advancing interrelated hypotheses. We’ve asserted that President Trump is far smarter and the powers that be far stupider and weaker than current consensus estimates. Trump’s primary motivation is power. The nonstop vilification campaign against him has little to do with policy differences and instead reflects establishment fears that Trump will investigate, expose, and punish its criminality. The upshot of these hypotheses: Trump is winning and has consolidated his power.

If Washington machinations were a football game, Team Trump just scored its fourth unanswered touchdown in the first quarter. The rout is on. Marine Gen. Joseph F. Dunford Jr., chairman of the Joint Chiefs of Staff, right, salutes during an honor guard in South Korea before the start of a security meeting in Seoul on Oct. 28. (Navy Petty Officer 1st Class Dominique A. Pineiro/ Defense Department)

JOINT BASE PEARL HARBOR HICKAM, Hawaii — President Trump last month agreed to send more of the Pentagon’s “strategic assets” to South Korea on a rotational basis to deter North Korean provocations, but what exactly that means remains something of a mystery.

The U.S. assets — typically defined as submarines, aircraft carriers, nuclear weapons, or bombers — have long been involved in the standoff that began with the 1953 Korean Armistice Agreement after open warfare subsided between the two Koreas. In a year in which North Korea has shown significant progress toward mounting a nuclear warhead on a intercontinental ballistic missile, Trump and South Korean President Moon Jae-in agreed to bolster the U.S. presence in the region.

The Pentagon describes these forthcoming moves as the “enhanced deployment of U.S. strategic assets in and around South Korea on a rotational basis,” but it has provided few additional details. It appears they are still in the works. Marine Gen. Joseph F. Dunford Jr., the chairman of the Joint Chiefs of Staff, said in an interview Saturday he had just discussed the deployment of strategic assets with South Korean counterparts during two days of meetings in Seoul.

In a passionate column published this week in conservative media, Indiana Attorney General Curtis T. Hill pleaded with the NFL’s players to stop kneeling during the national anthem to protest police shootings and start taking a “stand” against black-on-black violence.

“While it is true that each year a number of blacks die as a result of being shot or otherwise killed by the police, that number is but a fraction of the number of black people murdered by black people,” he wrote in an op-ed for The Daily Caller.

“We live in a nation where blacks make up approximately 13 percent of the population and yet account for more than half of the murders,” he added. “Shockingly, 90 percent of those victims are…

Perhaps this incident should be filed under “stupidity” especially within this PC world, where being offended regardless of the subject matter is a prerequisite for the progressive establishment, which begs the question what was Robert Pattison thinking?

Obviously, the 41-year old firefighter recruit has some issues regarding his critical thinking skills when he actually brought a watermelon wrapped in a pink ribbon introducing himself to his new firefighter colleagues within the firehouse which is almost 90% African-American.

Pattison brought the watermelon to the Engine Company-55, Second Battalion located at Joy and Southfield, in Detroit last month, as a traditional offering when a new firefighter comes on board.

However when Pattison showed up with the gift-wrapped watermelon at the firehouse the anticipated response by the black firefighters was predictable.

Patrick Trout a firefighter at Company-55 said: “When you get your first detail at a firehouse you pretty much… 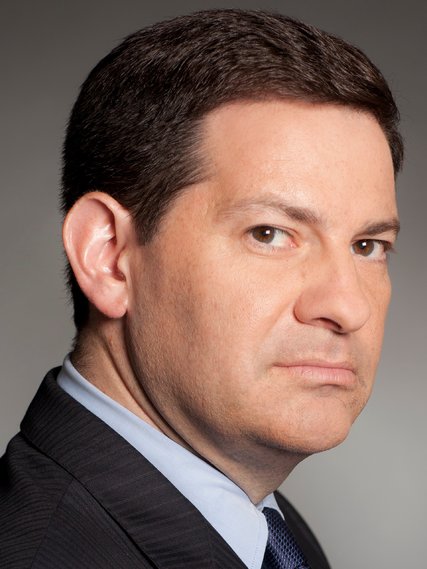 Tell me that is not the face of a perv

These scumbag liberals are like Hitler’s demented brown shirt minions

Fuck you Halperin and every other scumbag like you

Unless I am a bit naive and overly hopeful, we’ve finally gotten to that crossroad with crosshairs aimed straight at Hillary and her gang where the left can’t protect her anymore.   The Clinton Cartel are in too deep that they must worry about covering their own tails and tales.  That’s their problem, they went too deep for their goddess that was supposed to be on her throne right now…….where the corruption train could just continue.   Instead, look What Really Happened.   Hillary felt she needed a book (The What Happened bs) to cover-up what really happened.

Uranium One, and the real Russian Story just took too many people for the HRC Cartel to hide the Real Stories; all happening so they could stick Trump with crime and treason when the fake news came out.   Hillary’s cry……..Trump did it.   The multi media, a crime family of their own, are involved in this. …

Maybe a little terrifying, before bedtime.